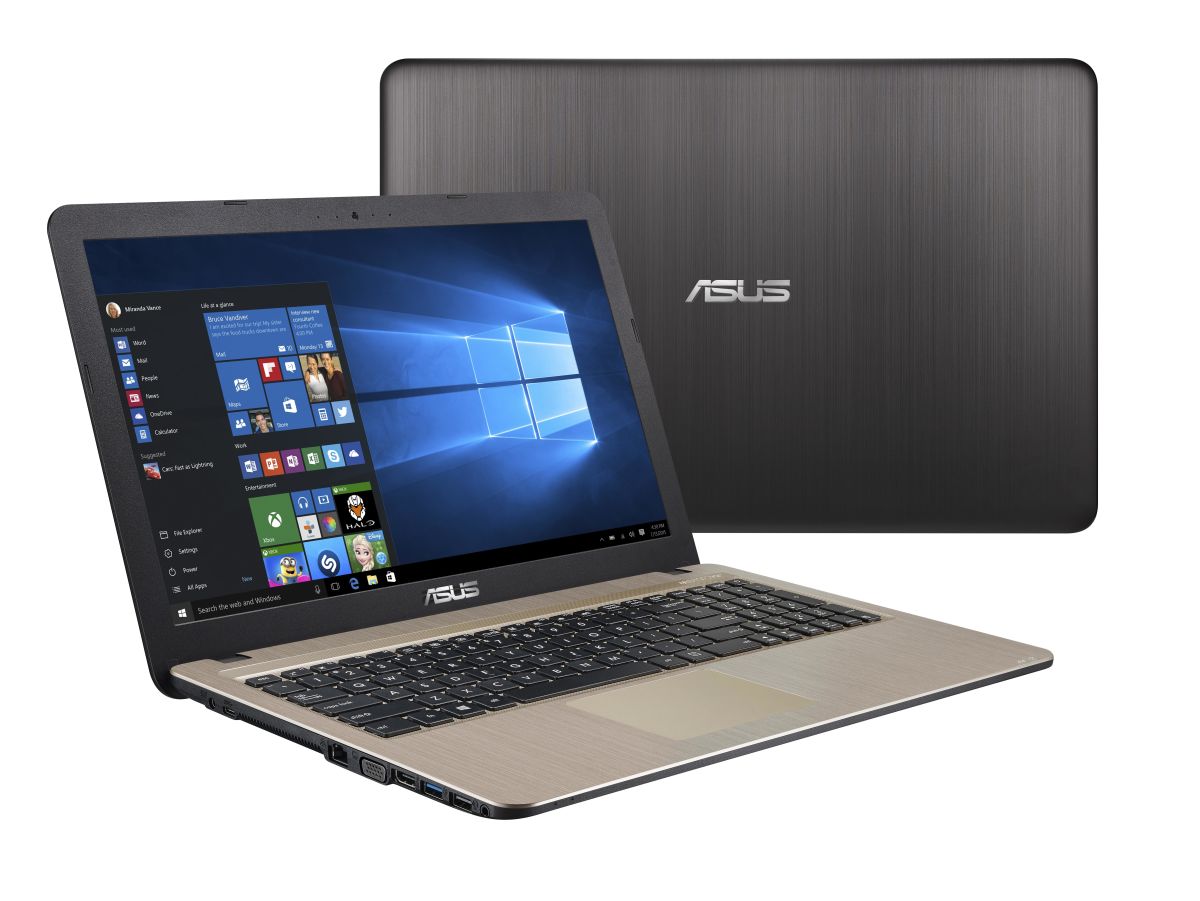 More about the ASUS R540NA

There are quad cores, at a base level of 1.10 GHz, of processing power inside the ASUS R540NA through it's use of the N3350, along with the N4200 processors, which leverages a frequency boostable up to 2.5GHz, with a cache of 2MB, with another name of the processor being a Apollo Lake processor.

The On-board memory gives the Laptop a total of 4GB of DDR3L-SDRAM memory.

There's a high definition 15.6 inch screen for sale that we've found out about.The screen is offered in just the single pixel resolution of 1366x768 pixels, 1920 x 1080 Pixel. Based on the versions we know of, we don't believe there's a touch screen version available.

500gb is the maximum amount of storage that exists with the ASUS R540NA, with HDD,Solid State hardrive(s) used. Since there's SD, SDHC, SDXC slots also installed, you can extend the harddrive space as required.

There is a top standard of wifi of IEEE 802.11ac that's inside the version. This Laptop does get a version with a bluetooth connection.

Where to buy the ASUS R540NA