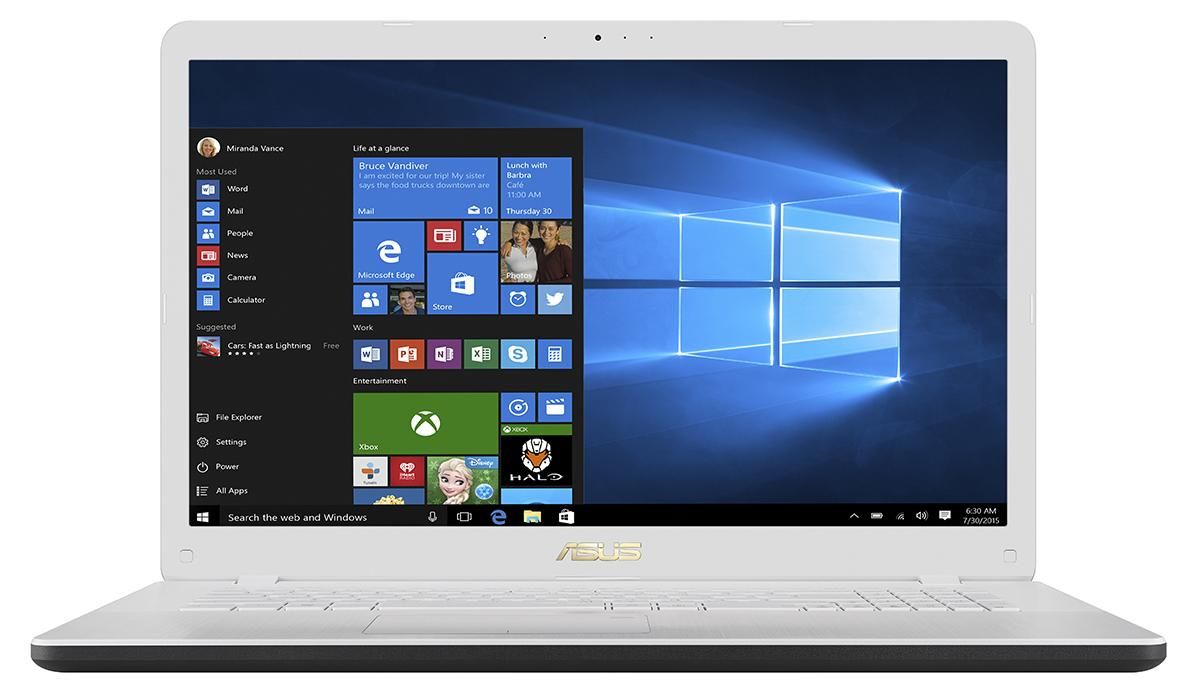 More about the ASUS X705UA

Originally released for sale from ASUS on 9/15/2019, the ASUS X705UA is within the family of available Laptops. There might may be extra we haven't found, but we have discovered two variants of this model. Those configurations are X705UA-BX1012T, and the last one is the X705UA-BX840. The variants of the ASUS X705UA can be purchased in multiple different choices, with those being the White, along with the Grey colours.

Multiple options of processor are on offer inside the ASUS X705UA, with those processors being the i3-6006U, along with the 4417U. Processors have maximum cores of duel cores and a max base frequency of 2 GHz, 2.3 GHz, and a cache at 3MB.

The memory gives the Laptop 8 GB of DDR4-SDRAM that's configurable, along with a 2400 MHz memory clock speed for the internal memory.

The ASUS X705UA allows for a total 512 GB of storage that you can configure for it, with Solid State hardrive(s) used. Because there are SDXC slots also installed, you'll be able to add to the storage if you need to.

There is a best wifi standard of Wi-Fi 4 (802.11n) that's available with this version. Since there's an ethernet lan port installed, you'll be able to plug directly in.

Where to buy the ASUS X705UA

We currently don't have any links for pricing for the ASUS X705UA. Please check back later